Two Homes over 14 million Sold by Carvill SIR Recognized as Top 11 Transactions so far in 2018.

Two Homes over 14 million Sold by Carvill SIR Recognized as Top 11 Transactions so far in 2018.

The largest sale so far in 2018 was the sale of a five-bedroom house at the Kukio Golf and Beach Club on the Big Island that closed for $27.5 million in March. It was the highest-priced home ever sold in Kukio and possibly the second-highest price ever on the Big Island, Jim Schneider, principal broker of Kukio Properties, previously told Pacific Business News.

The second- and third-highest prices in 2018 were on Maui. In February, a five-bedroom, seven-bath new beachfront home on Keawakapu Beach in Kihei sold in early February for $22.8 million, the fourth-highest sale ever on Maui. Dennis Rush of Elite Pacific Properties represented the seller, while Dave Richardson of Hawaii Life Real Estate Brokers represented the buyer.

Earlier this month, another estate, a 13,422-square-foot home on a 0.52-acre lot on Keawakapu Beach closed for $20 million. Josh Jerman and Richardson of Hawaii Life Real Estate Brokers represented the seller, while Riette Jenkins of Elite Pacific Properties represented the buyer.

The fourth-highest residential sale was Oahu’s largest transaction so far in 2018, the sale of a beachfront estate in Kailua for $18.8 million. The 8,348-square-foot estate was designed by architect Peter Vincent in an Indo-modern design and features multiple buildings on a 36,995-square foot lot that runs from South Kalaheo avenue to Kailua. Anne Oliver, vice president of Coldwell Banker Pacific Properties, represented the seller, while Paul Chu and Stephen Cipres of Elite Pacific Properties represented the buyer.

No. 5 was back on the Big Island, a six-bedroom estate at Kukio that sold for $18.5 million in a transaction that closed in July. The 8,232-square-foot home on 2.27 acres in the Kaupulehu section, an oceanfront area north of the Four Seasons Resort Hualalai was designed by architect Bing Hu of H&S International and built by GM Construction in 2015. Schneider of Kukio Properties represented both the buyer and the seller.

The sixth-largest residential sale so far in 2018 was in the Black Point neighborhood of Honolulu, between Diamond Head and Kahala. A five-bedroom, 7.5 bath oceanfront home called Punahele on Royal Place sold for $17 million in May. Beth Chang and Tracy Allen of Coldwell Banker Pacific Properties’ Honolulu office, and Anne Hogan Perry of the firm’s Kahala office represented the seller. Maria Yamamoto of HI Success Estate LLC represented the buyer.

The seventh-largest sale was a Kahala Avenue home formerly owned by Genshiro Kawamoto that sold in January for $16.25 million. The seller, Alexander & Baldwin, had the home deconstructed and torn down for the buyer. Erik Hinshaw of Hawaii Life Real Estate Brokers represented the seller, A&B, in the transaction.

The eighth-largest transaction was on Kailua Beach, and closed in September for $15.65 million. The property, which consisted of three parcels running from Kalaheo Avenue to the beach, had been listed for $18.9 million and had been in escrow from Feb. 28 until late September. Jonah Kogen of Hillside Realty & Development represented the seller, while Scott Carvill of Carvill Sotheby’s International Realty represented the buyer.

Tied for the 10th-largest sale were two homes that sold for $15 million each, one on Kauai and one on Oahu. The Kauai sale on Weke Road closed in March and was one of six homes on the beachfront road to sell in the first quarter, before heavy rains in April caused damage to the Hanalei community.

The Oahu transaction was for an 8,187-square-foot compound designed by Peter Vincent Architects on Kaapuni Drive in Kailua. Real estate investor Marc Paskin, who’s also known as “Uncle Kokua” from a reality show on KFVE by the same name was the seller, and was represented by Patricia Choi of the The Choi Group with Hawaii. Scott Carvill of Carvill Sotheby’s International Realty represented the buyer.

“Eric Olson is a superb real estate agent for so many reasons. He did an excellent job of navigating what turned out to be a long, complicated path for selling my house in Kahaluu.” 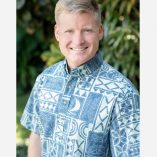 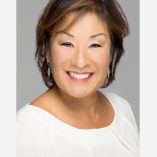